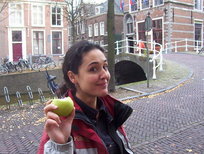 As you might (or might not) know, I have an honorary sister for quite a long time. Even though her name is Neslihan, I used to call her Ece but after my daughter was born and was also named Ece, things got a little bit complicated and we had to switch back to the real name basis again.

She’s been my lil’ sister and I’ve been trying to stand up to being a big brother for her which basicaly means her knowing that I’ll be “there” (if not by her side) if and when she needs me and that she can count on me. Actually, this is quite a dramatic depiction of my brotherly duties since she has proven -over and over- that she is much better in the business of taking care of one’s self than yours truly. And she’s not alone, being in the company of dearest and kindest, the one and only de heer Brian B., a.k.a. Briantje! (and yes, he’s the reason I’m composing this entry in English 8)

Our meeting came through the HiTNet. It was ’97 (or was it ’98?) when a message flew in to the “HT.Duzyazi” forum and we immediately thought it was coming from a “fake”, as we used to call the made-up accounts those days (and yes, we were being paranoid but then again,everyone had at least one fake back in those days). I remember Sui checking her “credentials of existence” by referring to the OSYM’s website where you could get the results of the university qualifying exam along other things, by simply entering the name and the year of birth (later, they discovered this huge loophole and bricked it down). Anyway, it took us some time (and a couple of meetings (“summit” (“zirve”) in HiTNeT terminology) to finally accept her existence. Then, as the years went by, we became confiders.

Getting overwhelmed at the Nintje Museum


Then one day… Yeah, then one day, she went to the Netherlands, to pursuit her academical career as a prospective Ph.D. The transition was not a bed of roses, and she suffered as she left things behind. But, as I’ve told, my little sister is a though one and she survived and managed to build a life from scratch. During these years of reconstruction, we fell somewhat apart, with different things to do piles both on her and my sides, asking for constant attendance (and unfortunately, it is easier to fall apart when you are countries apart).

and “then”, a wonderful thing happened! I was accepted for a postdoc position in the Netherlands and we would be only two hours of train ride away from each other (which might be something wrt the Dutch standards but a clear nothing at all!  in Turkish family standards)! In her first visit, she introduced me to the wonderful Dutch sweet Gevulde Speculaas, and in the next visit to the wonderful sweet Dutch, the “damat” Brian. 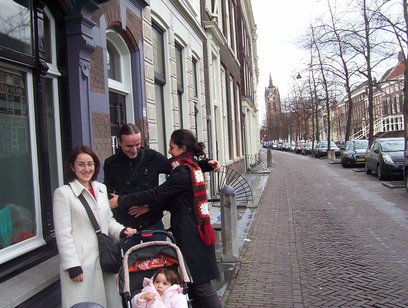 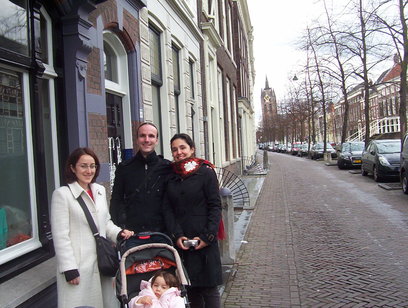 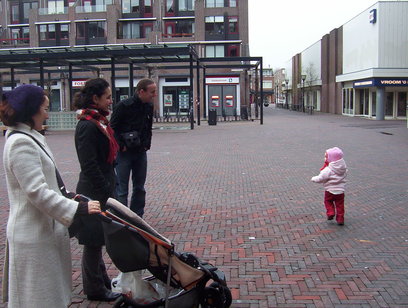 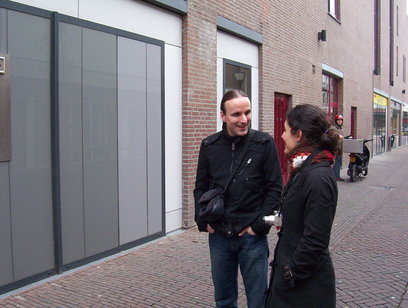 The fact that it was Brian’s first visit to Delft when he came to see us was really surprising!
Brian is one of the kindest, funniest and geek-cultured guys you can ever hope to meet. He immediately enchanted all three of us, the Tascis. We talked about movies, books, visited here and there together and it has always been such a delicate treat, spending the time with my sister and Briantje. 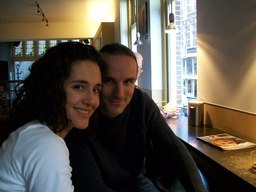 After two years, we moved to Spain and departing away from them was the worst part of the whole deal. They came to our visit shortly after but we just can’t get enough of them, and after that visit, they also moved outside the country to California, USA, and now it’s an ocean apart. 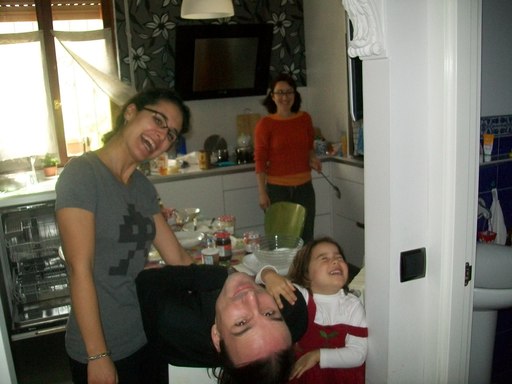 You know, this thing, when just the fact of being with good people makes you feel good (and this should be the definition of family, IMHO), Neslihan and Brian are the source of such a thing. We have long before lost the distinction when they were two different beings: since they complement each other so perfectly, being the perfect couple within themselves, theirs has become a symbol of good things and joy. As you can guess, and as I know, they also have troubles of their own, concerns for the future among other things (some of which are not very unlike the things we went through with Bengu in our involving/informing the parents and afterwards stage), but just as a reminder: if -almost- all of one’s troubles are due to the world outside, then it’s actually a good thing: you can shut the door and keep them out! For how long? Should we really care? (Really?..) 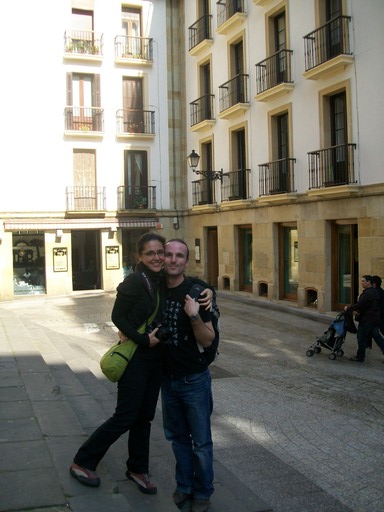 Fantastic Couple in Bilbao (or is it San Sebastian?)

Once again, I’ve come to observe the futility and the inescapable failure of trying to write about the ones that are dear to you. This was supposed to be an ode to my dear dear lil’ sis and Brian, but unfortunately, the warmth of the heart occuring whenever I think of them can’t be reflected unto the blank page of the editor. My comfort being that they know what I wanted to say but then hey, this is also what defines the family. 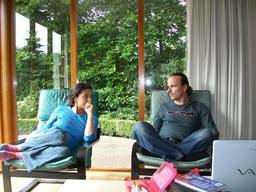 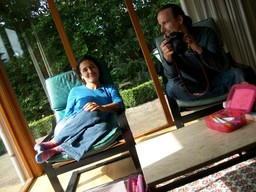 The Voorthuizen Getaway
We will be cherishing the day we spent at Voorthuizen, playing the Settlers of Catan & Bohnanza, going to some exploring, chatting, cooking together, having fun. It’s always having fun with you guys, keep the chins up! (+ Dikke dikke kusjes!) 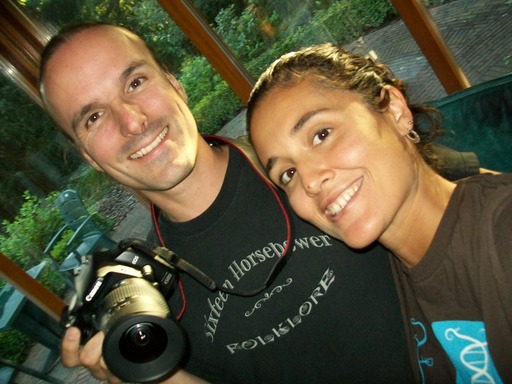